We exhibited a research demonstration named “Phantact: the Proteus Effect in the Real World” at CES 2021, an annual technology and innovation event which was held from January 11 to January 14, 2021. Normally, CES is held in Las Vegas, in the states but it was held entirely on the web due to covid-19 this year. In addition, as one of the projects of JAPAN TECH in which NAIST participated, an exhibition linked with CES 2021 was held in Yurakucho, Tokyo from January 9 to January 17, 2021.

The Proteus effect is a phenomenon in which the behavior or extraversion of an individual is affected by their avatar characteristics within immersive virtual environments. We aim to make this Proteus effect available in real environments and, for this, we have developed a third-person perspective system that allows the user to see the surrounding environment while viewing themselves from behind the top of their head. By superimposing the back of an avatar’s head into a person’s view, the Proteus Effect is generated and, so far, we have confirmed that the Proteus Effect can be generated even in third-person perspective environments. Through being able to use the Proteus Effect in real environments, we expect that people will be able to speak in front of others without being nervous and that they will be able to act altruistically, for example. 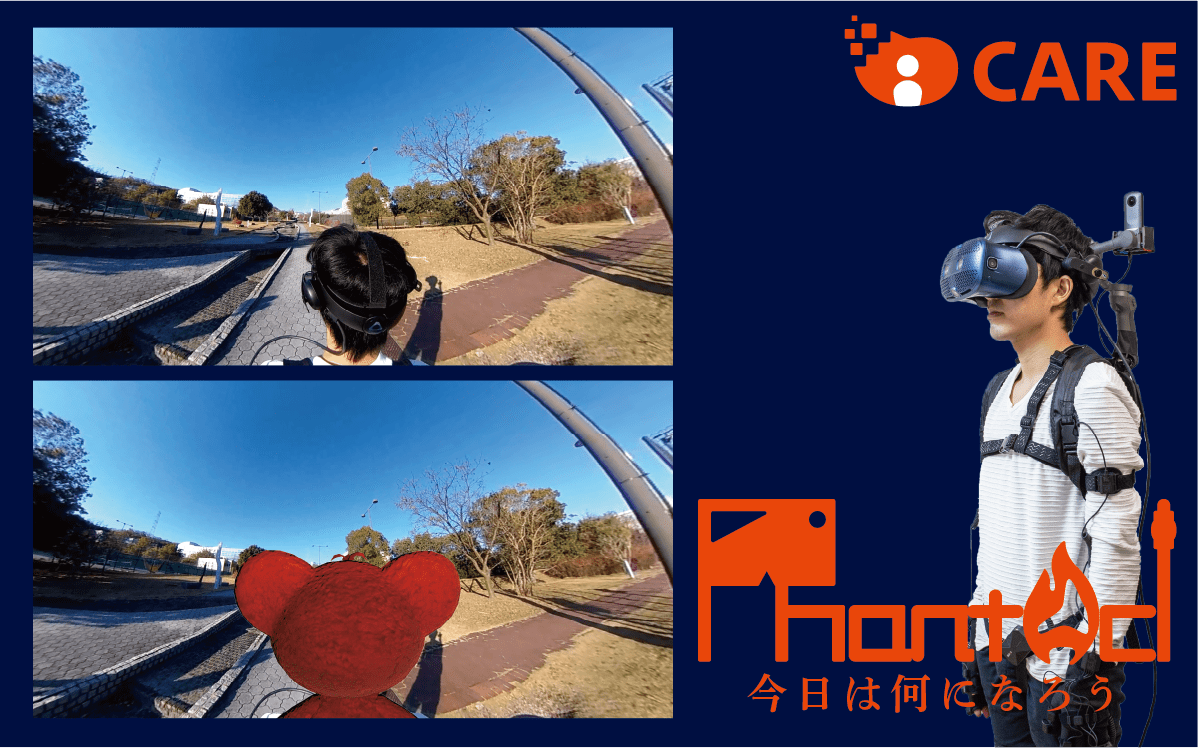