Our former student Higashi’s paper has been accepted to Journal of Robotics and Mechatronics. His paper reports on the experiments in virtual reality that have found that visually modulating the avatars’ faces and gazes such that they appear to turn toward the participants frequently has increased their sense of participation in the conversation. 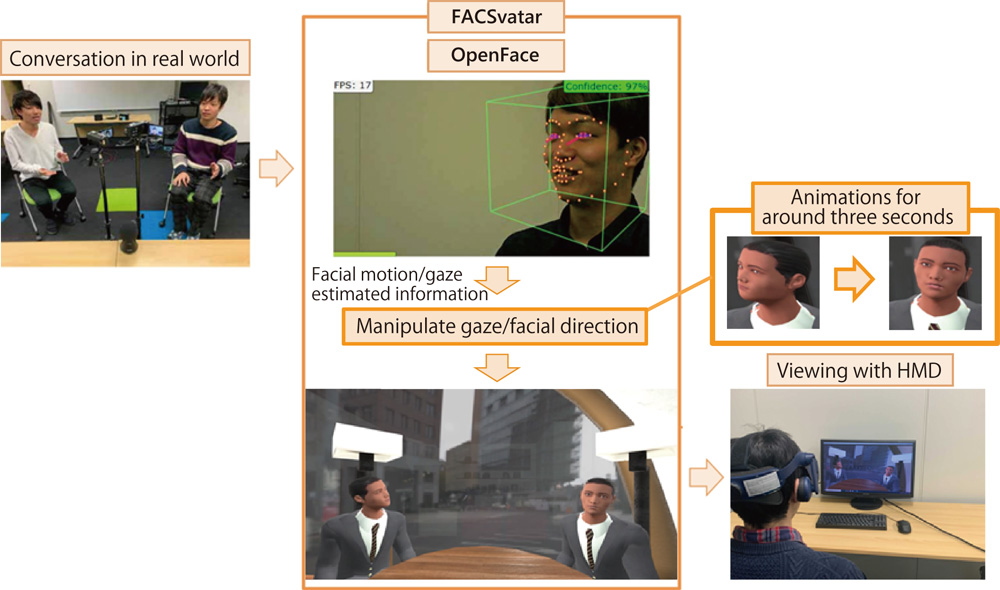